After graduating in Philosophy at the University of Santiago de Compostela, he moved to London where he began his art studies at the Chelsea University of Art, which he later expanded to Glodsmiths College and the Slade School of Art. 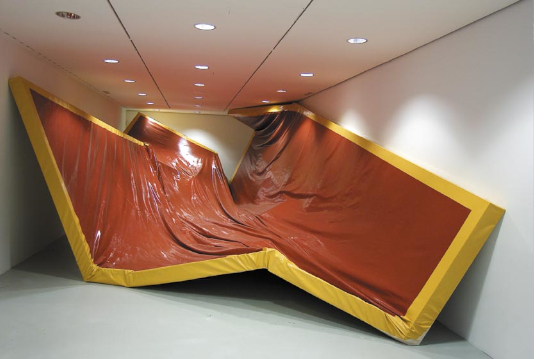 Ángela de la Cruz gave rise to a liberating practice, currently known as "expanded painting", in which painting acquired physical and spatial form, becoming sculpture. She states: "The moment I cut the canvas, I dissolve the greatness of the history of painting."
Among the incredible works that he has done during his career we find “Ashamed”, “Homeless”, “Ready to wear”, “Nothing”, “Defleated” or “Flat”. He was commissioned to paint "Larger Than Life" in 1998 for the ballroom of the Royal Festival Hall, in this work we participated in developing a special paint and varnish. He has exhibited at Manifesta 5 in San Sebastian in 2004.

Her first solo exhibition in the UK, called "After", took place at the Camden Arts Center in April and May 2010, for which she was nominated for the Turner Prize in 2010. She has also exhibited some work at the Lisson Gallery in Milan. , and at the Center d'Art La Panera in Lleida.

In 2017 she was awarded the National Prize for Plastic Arts, the jury recognized the "intensity of her work, which explores the complex relationship between the illusionist space of painting and the physical presence of sculpture".